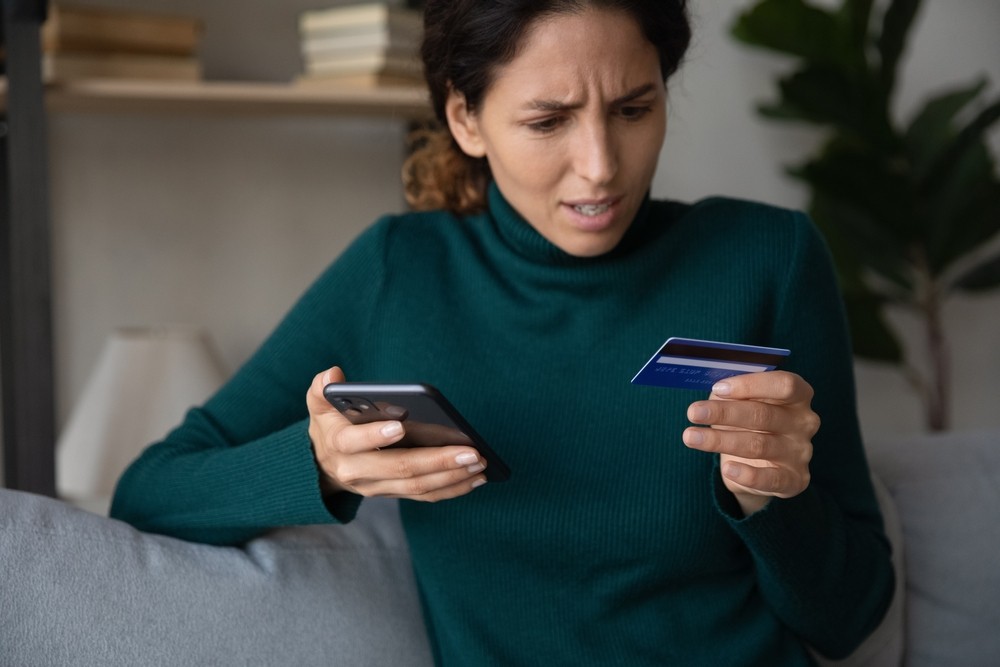 No customer appreciates the embarrassment or wasted time when having a credit card transaction rejected. If there’s a genuine risk, then obviously the customer is at fault and should not have attempted the transaction in the first place. But too often, the transaction is, in fact, clearly legitimate, and only the bank’s automated, algorithmic analysis is responsible for the unnecessary decline. Let’s take a look at the three main reasons it happens.

Being told that you’re suspected of being a criminal — especially by a bank whose card you’ve held loyally for years or a merchant you often shop with — feels like an insult. Amazingly, among eCommerce merchants, this type of declined transaction accounts for about a third of all failed attempts. It may be that the system has spotted a clue that’s often — but not always — an indication of fraud: a discrepancy between billing and shipping addresses, a device ID that doesn’t match a previous purchase, larger than usual orders, international usage, or more.

The cause for these sky-high debit or credit card decline rates is two-fold. First, banks’ fraud platforms are conservative and uncompromising in working to protect their clients. Fair enough — one might say that it’s better to be a bit too careful, rather than less. But then we come to the second factor: card issuers don’t have much data to work with as they conduct their automated assessments. This is particularly frustrating because merchants and card issuers don’t communicate directly, and a merchant may have insightful data from its own fraud prevention provider (or even simply from a history of customer behavior and profile data) that could assure even an aggressive fraud system that the transaction is on the level.

If the customer tries a competitor’s card and succeeds in getting an authorized transaction, the bank may have just earned itself permanent — and avoidable — “bottom of wallet” status.

When a customer simply cannot pay for a purchase, there’s little justification for expecting the bank to let them use their card; it’s like asking for a loan without going through any paperwork to guarantee repayment. Many customers who would otherwise face a decline instead choose a “Buy Now Pay Later” offer.

But a decline due to “insufficient funds” very often doesn’t mean that there’s no way to pay that bill — it’s simply that the customer has gone over a credit limit based on a statistical construct like salary, average balance, etc. Often, a life event like a wedding, a new baby, a new house, or even a big party can require exceptional purchases above one’s usual levels. And often there’s a plan in place to cover it — a loan from a relative, readiness to pay a credit charge for partial payment, or the sale of stock or other assets. They simply haven’t happened yet. They may even have a different, “healthy” account from which they plan to transfer the funds.

For a one-time purchase, few bank customers are going to spend the time requesting (and waiting for) a credit increase for that single card authorization. More likely, they will grab another card.

One thing is for sure – if you’ve been shopping at the same store for years, using the same bank and credit cards, there should be a way to help get that transaction to happen. Once again, the issuing bank has made a decision, but the merchant may be willing to participate in the risk in order to prevent the decline. If only there were a way to have that discussion.

There’s a long list of individual bank policies that can trigger a decline. For instance, some put a cap on the size of a purchase, even if it’s within a credit limit. Some banks’ fraud systems have little “patience” for incorrect CVV or expiration date entry, assuming after a mistype or two that the user is guessing. Others automatically suspect overseas purchases and will not allow them until the bank is contacted — not something you want to do standing at the cashier in Prague or London.

All these frustrating scenarios share one common cause: there’s no real-time collaboration between the merchant and bank, putting together all their data for mutual benefit.

There’s certainly no downside to helping create a clearer analysis for enhanced authorization for merchants, and such sharing by no means requires the bank to suddenly become less conservative or careful. It simply justifies the easing of the restrictive decision based on concrete, existing facts.

That’s what Kipp does. We help both merchants and banks rescue the transaction by collaborating with shared data, keeping their respective revenues, and eliminating the frustration that would otherwise turn away customers.

Incidentally, Kipp also recognizes that the merchant has invested a lot more than the bank in each transaction through acquisition costs and has more to gain in profit margin. As such, our platform also lets the merchant and bank to use an ask/bid model to come to an agreement over what it would take — a percentage of the total sale — for the merchant to pay as a premium in order to make it worthwhile for the banks to take on a bit more risk and accept the transaction. Again, an “everybody wins” situation!